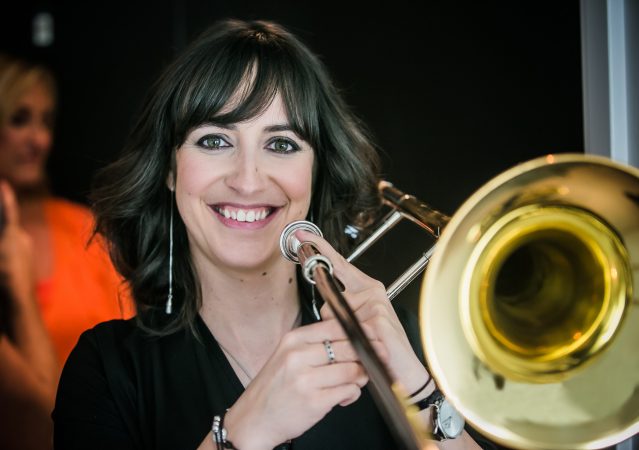 A seasoned Jazz Trombone Player, Hélène Lemay appears frequently on Québec scenarios with many artists from the jazz, pop and classical community. She is also producer of cultural events and she has gained a solid reputation as she offers concerts of the greatest artists from both national and international scenes. She holds a bachelor degree in music from the University of Sherbrooke and she has many times won scholarships in the Council of Arts and Letters of Québec. In 2015 she founded her company “Les productions TUXEDO SWING inc. where she is the president and artistic director. She is also general director of a cultural series she founded in 2014 at her hometown; Warwick. In the past years, Hélène Lemay was offered continuous responsibilities in the famous artistic company “GEMU Grand Ensemble de Musiques Urbaines” mostly as conductor of orchestra, soloist, administrator and staff manager.