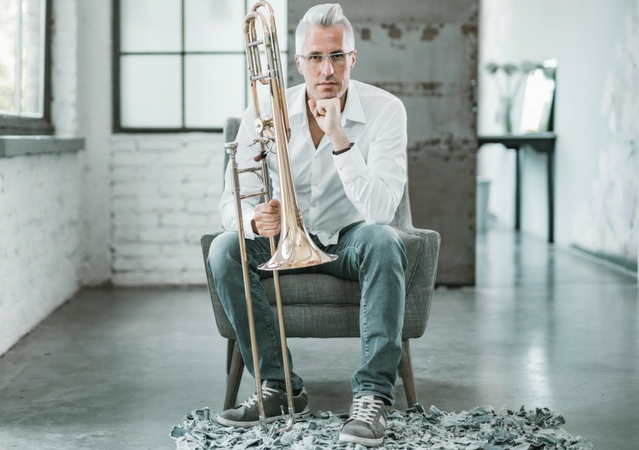 Professor at University of Szeged

György Gyivicsan graduated at University of Szeged – Faculty of Music in 2001 and earned university degree. During his studies he attended and remunerated several times at national competitions. After this he got admitted to the college of Freiburg as one of the pupils of the world famous musician, Mr. Branimir Slokar. During his studies at Freiburg he has won a scholarship to Berlin Radio Symphonic.

One of the highlights of Mr. Gyivicsan’s career was the winning of the international competition in Porcia (Italy) in December 2003.
After the invitation from Branimir Slokar in 2004 he became a perpetual member of Slokar Quartet. Ever since they made numerous CD-recordings and gave concerts all over the world.

He finished his studies at Bern University in 2005 and earned a soloist diploma. Afterwards he started teaching at University of Szeged – Faculty of Music as a trombone professor.

He has been regularly invited to give concerts and to host courses in countries like Portugal, Italy, Austria, Germany, Japan, Brazil, Argentina, South Korea, Slovenia and the US. In September, 2010 he was a visiting professor in New York. He also hosted a master class in Argentina at Trombonanza in 2013 where he got invited for 2015 as well.

He founded the Szeged Trombone Ensemble together with his students and performed lots of concerts. Their first CD will be released this year.

He earned a DLA at Liszt Ferenc Academy of Music Doctoral School in 2013.