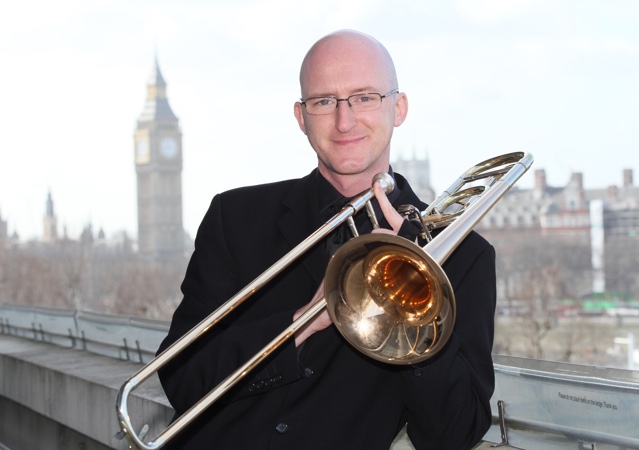 Mark Templeton began playing the trombone at the age of ten and studied at the Guildhall School of Music and Drama where he received the Brass Prize in 1996. Also in that year he won a place in the Gustav Mahler Youth Orchestra and in 1998 he was awarded the International Trombone Association Philharmonic Prize in America.

Mark had a full and varied freelance career after graduating and played with most of the UK orchestras and various European ones. He was a founder member of the Mahler Chamber Orchestra and principal trombone with Luzern Festival Orchestra prior to joining the London Philharmonic Orchestra in 2006.

Mark is also a professor at the Royal Academy of Music in London.