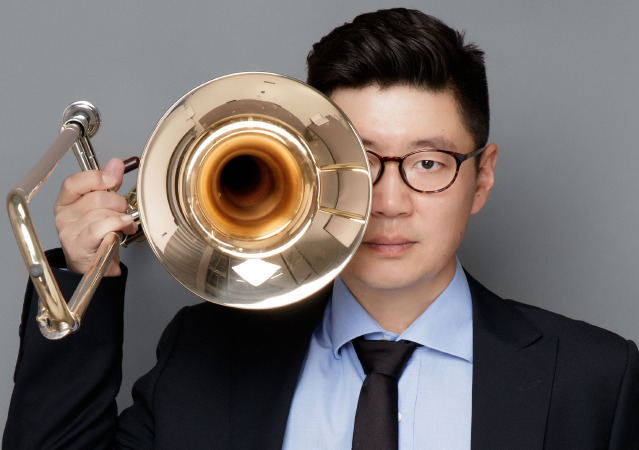 Liu Yang began his trombone study in 1991, then he was admitted to the Central Conservatory of Musicin 1997. In 2000, he was accepted by the School of Musicat Hochschulefür Musik Saar of Germany for his graduate study. In 2004, he revived the highest degree on instrumental performance in Germany.