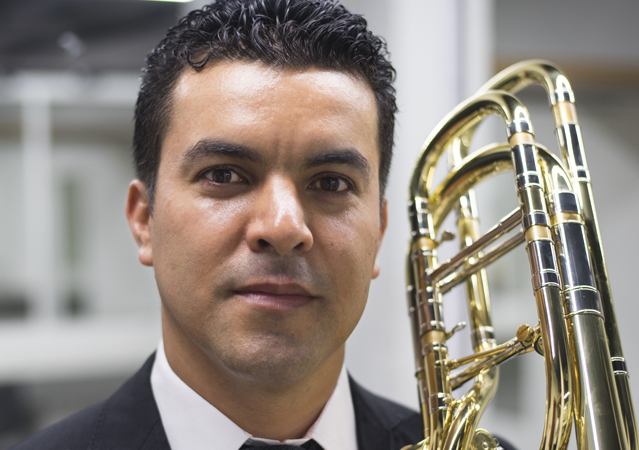 Born in Medellin, Colombia, David Arboleda began his music studies at the Network of Schools of Music of Medellin. He made several national and international tours performing with the Youth Symphony Orchestra of the same program.
David received his music degree in trombone performance from the University of Antioquia and his Masters of Music in Bass Trombone performance from the Boston Conservatory in the United States.

Currently, David Arboleda is trombone professor at the University of Antioquia and Eafit University and Bass Trombone with the Medellin Philharmonic Orchestra.