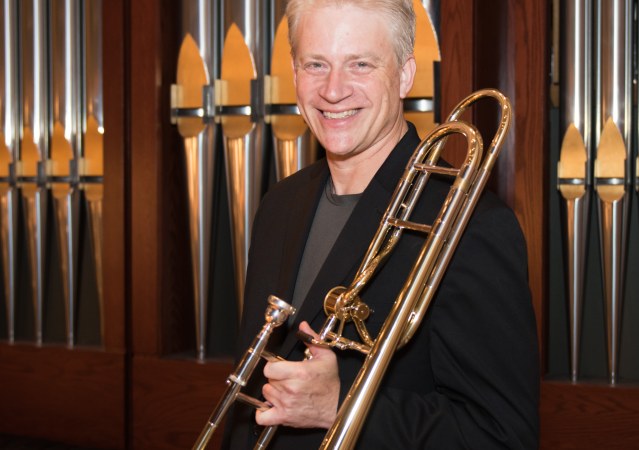 Michael Zion, principal trombone, received a B.M. Education degree from Indiana University and an M.M. degree in Performance from the New England Conservatory of Music. He is a member of the Naples Philharmonic Brass Quintet, which received the first prize at the Summit Brass International Music Competition and second prize at the Narbonne, France International Brass Quintet Competition.
Zion performed as principal trombone with the Cincinnati Pops orchestra on a tour of Japan and Taiwan. He has also performed with many other orchestras and ensembles including the Summit Brass Ensemble, Colorado Music Festival Orchestra, Boston Pops, Boston Esplanade Pops, Boston Symphony Orchestra and the New Hampshire Symphony.
Zion is the trombone instructor at the Bower School of Music at Florida Gulf Coast University. When not performing he enjoys kayaking throughout the Ten Thousand Islands. He has been a member of the Naples Philharmonic since 1990.