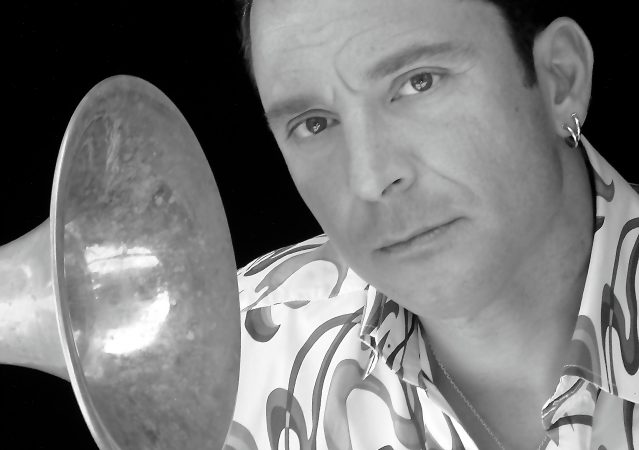 Joël Vaïsse is well known to orchestras and audiences as one of the leading trombone players of our times. From April 1999 to July 2014, Joël Vaïsse was the Principal Trombone of the Orchestre de Paris and the Orchestre Philarmonique de Radio France, becoming the first musician ever to hold two principal positions simultaneaously. From 1991-1997, he was principal trombone of the Orchestre National de Lyon and from 1990 – 1991 he was principal trombone of the Orchestre National du Capitole de Toulouse. A frequent soloist with many orchestras, Joël Vaïsse appeared with the Atlantic Chamber Orchestra in two concerts of the Händel and Albrechtberger Trombone Concerti at the Santander International Festival in August 2007. In May 2006, he performed the French Siegfried Matthus with the Orchestre National de France under Kurt Masur´s direction which was originally commissioned by the New York Philarmonic and Kurt Masur. In May 2003, he performed the French premiere of the “Symphony for Trombone” by Ernst Bloch with the Orchestre National de France which was recorded live and was subsequently released on CD in September 2004 on the DistiClassic label. He also worked with the Orchestre National de Lyon, the Orchestre National de l’Opera de Marseille, the Orchestre d la Suisse Romande, the I Solisti Veniti and many others. Joël Vaïsse taught at the National Regional Conservatory of Versailles. He has given numerous masterclasses in France throughout Europe as well as in Japan and the United States. In January 2006, Joël gave a recital and masterclass on the art of trombone playing at the Boston University. Since February 2005, he has been invited yearly by the Manhattan School of Music to give masterclasses and coach the brass sections of the School´s Orchestra. In January 2005, he was invited by Maestro Riccardo Muti to coach the brass section of his newly created youth orchestra “Cherubini” in Piacenza, Italy. Also at Maestro Ricardo Muti´s request, he has participated in July 2002 in a special concert against violence in the world, commemorating 9/11 that took place in New York City at Avery Fisher Hall. Joël Vaïsse is an active chamber music player, a member of the trombone quartet “Milliere” as well as a member of the Sextet “IBY6”. With the Milliere quartet he toured extensively throughout Europe and Japan in December 2004 giving concerts and masterclasses. A native of Marseille, France, he started taking trombone lessons at the age of 10 with his father André Vaïsse at the National Conservatory of Marseille. In 1980, invited by the Florida State University, he was granted a scholarship to study with William F. Kramer in Tallahassee. He then pursued his studies in 1981 at the Conservatoire National Superieur de Musique de Paris where he graduated in 1985 receiving the first prize with merits. In 1986, he won the Prix D’Honneur of the International Competition of Markneukirchen and in 1988 he took 3rd prize at the International Trombone Competition in Geneva. In September 2004, Joël Vaïsse released his first solo album “Tranquille” on the DistriClassic label, which includes works by Ernst Bloch, Enrique Crespo, Nils Landgren and Thierry Caens. He as appeared on several other Cd’s with his quartet and as a soloist with works especially commissioned for him. Joël resides in New York since October 2013. He is a Buffet Crampon USA Artist performing on Antoine Courtois trombone.