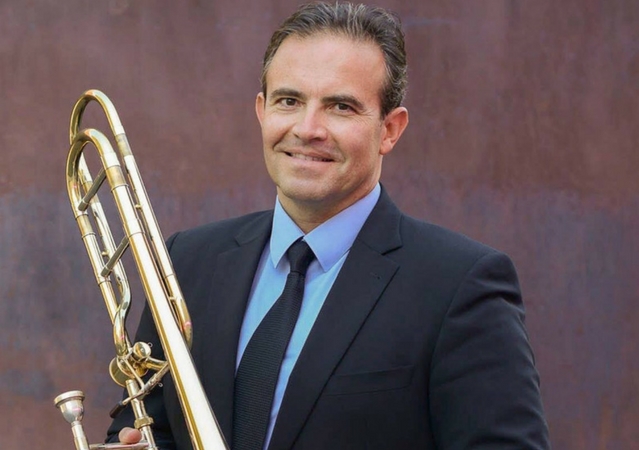 Upon finishing his studies at the Conservatoire National Supérieur de Musique de Paris and the Musikhochschule in Freiburg am Breisgau, Henri-Michel Garzia was appointed Principal Trombone of Sinfonieorchester Basel (Switzerland). He is a prizewinner of the “Città di Porcia” International Trombone Competition in Italy.

As a clinician for Buffet Group, Mr Garzia has given masterclasses in the United States, Asia, and Europe. Several works for trombone and piano are dedicated to him and have been edited by International Music Edition (IMD Paris) for their “Collection Henri-Michel Garzia”.
Henri Michel Garzia is an Antoine Courtois artist.