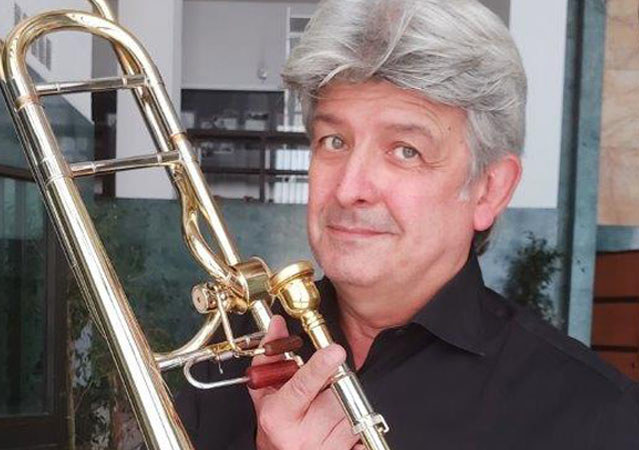 Professor at the "G.B. Martini" Conservatory of Bologna

Luca Braghiroli completed his studies at the “L. Cherubini” conservatory in Florence, where he graduated in 1988 with Norino Righini. He had followed the special courses in Fiesole with Vinko Globocar and then later he also studied with Andrea Conti.

He plays and collaborates with several famous chamber groups, including “I Sentieri Selvaggi”, with whom he has played for important concert seansons suchs as “Teatro alla Scala” and “Biennale di Venezia” ones. He is one of the founding members of the “Quattro Tromboni Italiani” quartet, with whom he has played throughout Italy. He plays also with the “Gruppo di Musica Contemporanea” of the “G. B. Martini” Conservatory in Bologna, with whom he has played Laboryntus at “Teatro Comunale” in Ferrara and at the “Aula Magna” at the “La Sapienza” University in Rome in 2021 under the leadership of M° M. Panni. He has recorded for NUOVA ERA and RTI MUSIC and he has also collaborated with Mediaset networks in audio and video recordings.