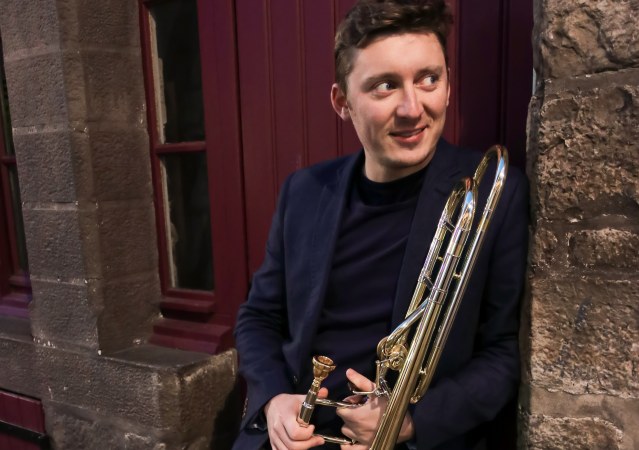 Born in the North of France, Francois began studying music under the watchful eye of his grandmother and his dad in Calonne Ricouart Music School. He naturally chose the trombone and quickly joined the CRR of Lille in the Christian Bogaert’s class. Alongside his trombone studies, Francois learns the percussion, the doublebass and the piano. He will also try to conducting lessons and analyzing in the CRR of Douai with Pierre Vigneron.

This is at the position of Trombone Solo that Francois participates in National and European Brass Band Championships with the Brass Band Nord Pas de Calais since 2010. In 2016 Francois is selected for the Prestigious Soloist Contest of European BrassBand Association in Lille.

It is thanks to Coups de Vents Wind Orchestra and Philippe Langlet Francois orchestrated music of Abd Al Malik for a concert at the Châtelet theater in Paris in 2014.

His next scores will be played by the Atlanta Trombone Ensemble and the Philharmonic Brass in New York.

François will make his debut at the Walt Disney Concert Hall, prestigious home of Los Angeles Philharmonic, with the USC Thornton Symphony in 2017. He works in the music industry as well in Los Angeles area as in France and in China.

François is currently a student at the prestigious University USC Thornton School of Music in Los Angeles to perfect the orchestral music profession.