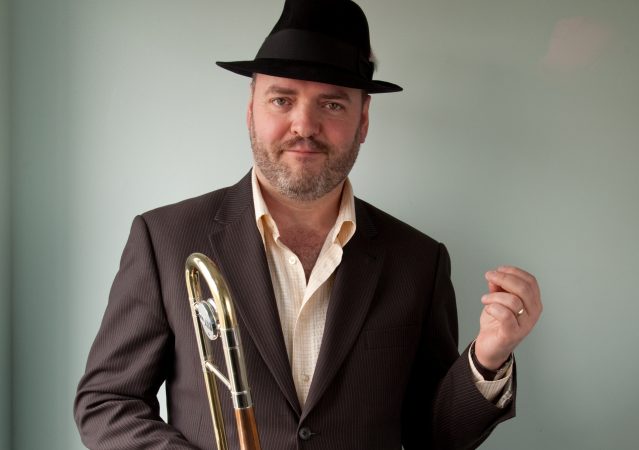 David Martin is one of Canada’s most multi-faceted musicians. One year after completing a Master’s in performance at Northwestern University at the age of 22, David played a season as first trombone with Montreal Symphony, and was featured on the recordings of “Symphonie Fantastique” and “The Rite of Spring” among others. In 1986, he moved to Orchestra London Canada as principal trombone and resident conductor. David has conducted Pops concerts on his own, and with his partner, Larry Larson throughout the US and Canada.As an arranger he written for the Montreal Symphony, the National Arts Centre Orchestra, Orchestra London Canada and many more. He has also written for many of Quebec’s major singing stars, Robert Charlebois, Isabelle Boulay, Corneille, Sylvain Cossette, Lara Fabian among others. David is a former member of the renowned Quintette de cuives de Montréal. More recently he was the trombonist on two of the Canadian Brass’ recent CDs: Stars and Stripes and Spirit Dance. He also enjoys playing jazz and is a member of the trombone-jazz group “Trombone Action”. In 2012, David was appointed Associate Professor and head of Brass at the Université de Montréal, where he teaches trombone and euphonium, and conducts the brass ensembles. He is the founding music director of the Griffon Brass Band, whose first recording, “Beyond the Dragon” was be released in May 2013. He is married to OSM trombonist, Vivian Lee. Their two children are both in the arts as well: Erica, a mezzo-soprano and Travis, an actor and video game designer.