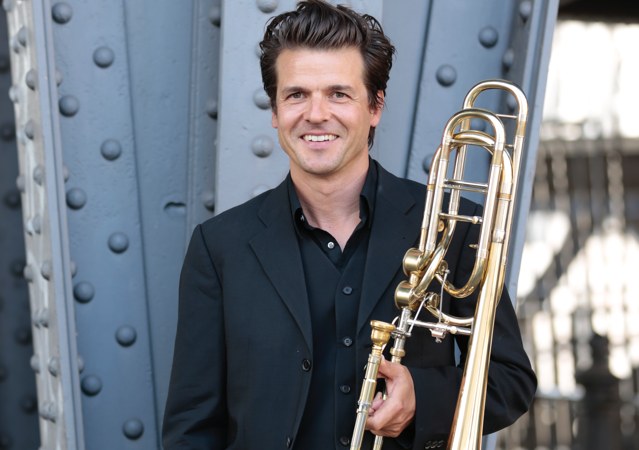 Stefan Schulz initially played horn and later changed to trombone. He studied in Berlin and Chicago. Before he became a member of the Berliner Philharmoniker, he was bass trombonist with the Staatskapelle Berlin from 1993 to 2002. From 1996 to 2002, he also played in the Bayreuth Festival Orchestra.

His commitment to education has accompanied his musical career from the beginning: first as a mentor with the Orchestra Academy of the Staatskapelle Berlin, and as a lecturer at the University of Music, Drama and Media Hanover. From 2000 to 2004, he taught as a visiting professor at the Academy of Music Hanns Eisler Berlin. Since the summer semester of 2004, Stefan Schulz has been a professor at the Berlin University of the Arts. Stefan Schulz has performed as a soloist with renowned orchestras including the RundfunkSinfonieorchester Berlin, the Hamburg Philharmonic, Dresden Philharmonic, Columbus Symphony etc.

He is a dedicated chamber musician and is a permanent member of the Brass Ensemble of the Berliner Philharmoniker and regular guest with the ensemble German Brass. Together with the trombonists Joseph Alessi, Michel Bequet and Jorgen van Rijen, he founded the World Trombone Quartet. A special artistic friendship links him with the composer and saxophonist Daniel Schnyder, some of whose works he has premiered and recorded on CD. Together with pianist Marcin Grochowina, he plays in the Daniel Schnyder Trio. Other composers whose works the trombonist has premiered and recorded on CD in recent years include Jean Michel Defaye, Niels Marthinsen and Poul Ruders.

He plays exclusively on instruments built by Antoine Courtois and has released 2 CDs on the swedish label BIS.