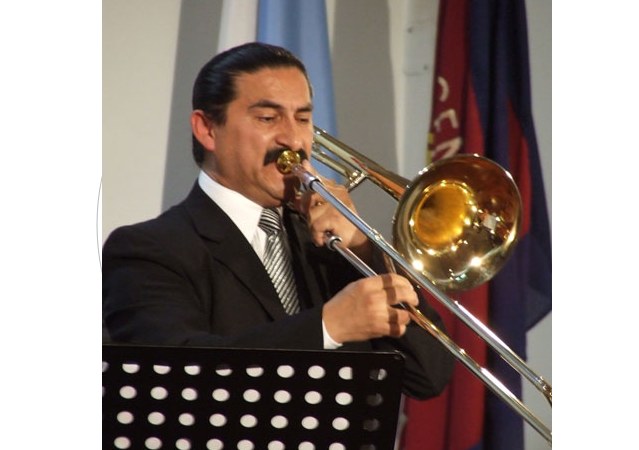 Professor at the Chair of Trombone at the Conservatory

He is currently on the faculty of the Municipal Conservatory of Music of Buenos Aires “Manuel de Falla” and the Chascomús School Orchestra. He held the position of full time Joint Professor of Trombone at the National University of San Juan, and has also taught at the Superior Institute of Art and Communication of La Rioja, as well as a member of the faculty of the “Trombonanza” international festival.
Carlos studied trombone at the National University of Tucumán, where his principal teacher was Professor Giorgio Voltolina, later completing his studies with Professor Branimir Slokar in Germany.